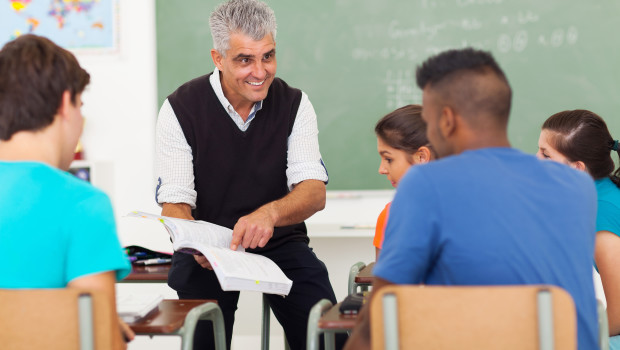 Once you have qualified to teach English as a foreign language by passing a one hundred and twenty hour TEFL certification course you will be well on your way towards starting down the diverse and adventurous career path that is TEFL.   Perhaps you already knew where you wanted to go and what you wanted to do before taking that first step in the classroom, but many TEFL students and graduates do not, but that isn’t cause for concern: teaching English as a foreign language opens up so many doors worldwide, and no matter whether you want to use your job to fund travel and see the world or put down roots with a serious, long term career goal in mind, there is a TEFL job waiting for you.

It’s true, the TEFL bunch are an interesting and varied group of individuals, and if you are not quite sure as yet as to where you might fit in with your own TEFL goals, here is a breakdown of some of the common themes among people who choose to teach English as a foreign language, and knowing where you might fit in will help greatly in deciding what to do once you graduate.

Perhaps one of the biggest reasons that draw so many younger people to the TEFL programme is the allure of adventure.  Indeed, a person with a TEFL qualification from an accredited school can find work in literally any country in the world, and for those with their hearts and minds set on exploring new peoples and cultures, teaching English is a huge opportunity creator.  Thanks to the flexibility offered by teaching English on a freelance or private tutelage basis, many TEFL teachers are able to hop country to country over the course of just a few years, taking in the sights and local flavours and setting off again on another adventure before the sights become too routine and familiar.  Though this type of teaching might never afford much beyond the cost of living,  it’s not a big factor for many backpackers and explorers looking to use the opportunity (not to mention the visa!) to see more of the world.

However, the TEFL adventurer may also be the type looking to settle in a foreign land as well.  Unlike the backpacker whose sights may be on the next new experience, sometimes TEFL teachers fall in love with a particular country or culture, either long before getting their TEFL qualification or perhaps after teaching English in that country.   For this adventurer the allure of one particular culture is enough, and there they will be looking to make not only long term career prospects, but a life as well.  As the settled adventurer builds their career, they can expect to move into better and better schools and positions in the country of their choosing as they build more and more experience teaching, and their salary will more often than not reflect that as well, earning the teacher better than the local living wages.  Some of the top earning potentials abroad are found in the Gulf Arab States, Japan, South Korea, China, Taiwan, and Vietnam.

Of course, not every TEFL teacher is looking for the adventurous lifestyle.  For many with a love of learning and a desire to teach, there is plenty of action right on one’s home soil.  Indeed, with more people learning English now than ever before, the opportunities are not just abroad… they are right in our own backyards.

If you have completed the one hundred and twenty hour TEFL qualification and are looking to get started without the hassle of moving to a foreign land, there are plenty of opportunities right here in the UK, starting with UK based language schools.   Oftentimes these students will fall into one of two categories: foreign students studying abroad for a semester to learn English as a second language, or refugees and immigrants looking to learn English in order to fit in with UK society.   The former are typically seasonal, with summer providing a large influx of mostly Western European students eager to learn English as a second language.  The latter are immigrants or asylum seekers from all over the world who have come to the UK to live permanently, and oftentimes the government will fund the language course on their behalf.

This type of TEFL teacher might be the one looking to establish a longer term career path while remaining in their home country by teaching in either public or private institutions, going into business for themselves on a freelance or private tutelage basis, or even becoming TEFL tutors themselves.

For the more academically minded, the one hundred and twenty hour TEFL qualification is likely to be just a stepping stone in a much larger academic path.  Beyond the initial TEFL qualification one has the option of completing an eight week diploma course which is a bit weightier and will oftentimes open more doors than just the TEFL qualification alone.   Additionally, one also has the option of going for a TEFL / ESOL masters (not to be confused with university post graduate work, also sometimes referred to as a Masters).   Further still many of the more academically minded students will find themselves going on to proper universities in order to achieve a bachelor’s degree.  While the study for any of these options is both expensive and time intensive, the academic TEFL teacher will come out the other side likely to be able to walk into a high paying job in any of the top schools worldwide.